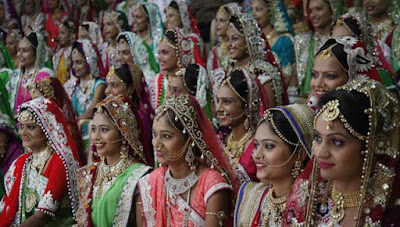 The Mamai Dev was a great philosopher & Predictors in 13th century.He Nirvana in 1389 AD.He was born in India. his  Sacred Shrine is Located in Sindh Province,Tattha, Pakistan, Makli Necropolis the largest graveyard in the world.there are 125000 graves  of Sufi Saints and Philosophers and Tombs of Kings and Princes and Other. He preached to Maisaria  Meghwar for kanya vanaz which is Marriage ceremony of our daughters in Our Maheshwary dharma is preached by the Mamai Dev  and many Vedas on Marriage of our daughters are sung by the Mamaidev ; The Mamaidev Loved Girl Child his two Daughters Padhan and Papyee  are Buried with their Mothers Bhuri Devi and brother Meghanand. in The Raydhanpur,trenjar Tirth of Maheshwary community near Bhuj Kutch Gujarat India .the Mamaidev was in favor of education in female child and kanya Vanaz and welfare of female in community. The 1948, the declarations of human rights state that everyone has a right to education.Yet even today, this right is being denied to millions of female child,Education is a crucial element in economic and social development. The Mamai Dev preached to  Maisaria for to save female child and give education them and take care of your female Child and females, they are diamonds of our families. 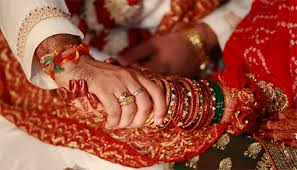 He said in his Vedas, 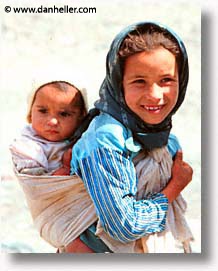 The Mamai Dev was against consanguineous marriage, when parents blood relatives marry each other there is an increased risk in the offspring of traits controlled by recessive genes, and those determined by poly genes, those off springs are suffering from Varies genetic disease, ie-albinism, tay-sack disease, in simple language, offspring of blood related are disabled, mental retardation, paralytic diseases, sterility, kidney diseases, abnormal skin color, down syndrome.
Maisary community of saurashtra and Kachchh region believe in parent blood related offspring marriage, it is against our Mahesh religion, so I urge to my Maisaria you follow the principles of our dharma, do not marry in parent related blood offsprings.prevent disabled generation and look for healthy generation. Campaign Promoting the rights of the girl child are found nationally and internationally. the Govt of India has started a  "Save the girl child"the aim of the campaign is to create a positive public image for girl child in society and hence change the perception and value of families that Opt to Boy children.
Economic Aids for the education of girls child and given equal education to Boys and girls.
We must first of all accept that the country has not done enough for its children,especially for the girls.The reason for such gross violation of the rights of the girls is in the absence of a social norm in favor of her survival, dignity and education. he country has to feel a sense of shock and outrage that there is the practice of female foeticide and infanticide.No modern, cultured nation can be called civilized if it continues to tolerate such a perpetration of violence on its ‘unborn’ and ‘newborns’,There has also to be a campaign against child labour and an argument for its total abolition.In emphasizing on abolition of child labour in ‘hazardous’ industry alone girls are left out.The middle classes must abide by the law and not employ girls as domestic servants.They should know that they are violating the Constitution and its provisions for right to education in giving employing girls.They have to give a lead as protagonists of child rights.Armed with such an atmosphere, there could be pressure built to rescue girls from child labour, child trafficking and early marriages.