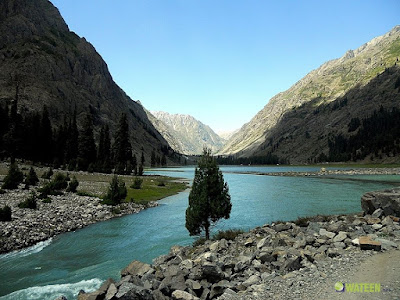 He praised rivers, Ganga and sindhu-shenny, Lake-Mansarover in the end of each Vedas preached to maisaria. 9900, rivers are in the world. The Mamai was highly impressed by two river Ganga and sindhu—shenny

Indus River originating Tibetan plateneu vicinity of Lake Mansarover in Tibet run Ladakh Gilgit and Baltistan and merge in Arabian Sea near port city Karachi. Total length of Indus River is 3180 K.M.
The Mamai preached to Maheshwari community for to keep pure and clean River do not spoiled or pollute them, Rivers are life line of peoples and animals, Birds. Without River life is not possible on the earth. Rivers are important factor for environment and survival of life. It is known as cause and effect.
The Mamai said in his Vedas-- 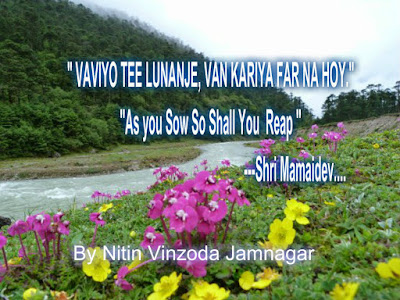 
The Mamai dev believed in simplicity of life , he was not believed in luxury houses and prosperity and wealthy  palace and  multi-storey’s residence complex, because he said in his Vedas , a day will come Disasters and havoc like Earth quake and Tsunami (earthquake in the sea)  will destroyed the big buildings and wealth and life of peoples and sentient beings, will be buried in rubble and debris of buildings.he believed in simple grass & wooden, soil, made houses which will save the life and inflict minimal injuries, So that mamai said “poverty is my proud,” cultivate agriculture land and removed weeds or grass and then you sow seed, nurture and harvest you will get good returned of your efforts.

His son Meghanand was in Gadh Ghumali for twelve years who worked as kathiyaro (who collect dry tree branches in forest) bunches of dry trees carried on head from the forest of Burda hill to Ghumali Town.  He was selling in Ghumali in two Dokda one for his maintenance and other for poor peoples.Dokda was currency in 12 century it was just like one rupee .He never cut green trees and its branches. He saved Environment for his right livelihood and for future of human beings and sentient beings.  The Mamai said in his Vedas--
મેઘાનંદ કાઠિયારો બારો વારે બીડ મે વાંજ સેર, સુક્કી કાપે ની લિલી જો ના ઘેને નૅમ.
Posted by Dr. Nitin Vinzoda at 12:13