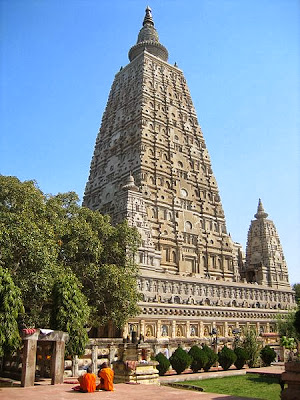 The  Lurang Dev is also known as incarnation of Ganesh Dev , the Shrines of the Lurang Dev  is Located in Tharai Ruins Town Ancient Fort and Capital of Sindh in 9th Century in Sindh, Pakistan. the Matai Dev  was also Nirvana on the Fool moon in Falgun month Gujarati India.  Buddha Purnima is festival.
celebrated in the month of Vaisak on the full moon,to Honor of Gautama Buddha. This is the important and sacred festival in Buddhist Religion, pilgrims are Coming from the world, China, Japan, Thailand, Malaysia, Myanmar, Cambodia ,Sri Lanka and other parts of world to celebrate Buddha Purnima in Buddha Gaya in India.,The occasion marks three most important event in the life of Buddha,his Advent-Birth,Enlightenment and Nirvana.The Buddha was born in Vaisak Purnima and he enlightened in Vaishakh Purnima and Nirvana on Vaishakh Purnima.The month of vaisak has special significant this strange three fold coincide gives Buddha Purnima unique significance.
The Buddha purnima full moon in the
month of vaisak is sacred day in Buddhist calender and although Buddhist regard full moon Purnima as sacred day.The Buddha was Nirvana  in Kushinagar-Lumbini India, The Buddha attained suprim enlightment(Boddhi hood) below Boddhi tree,It is known as Ficus Regiosa in Buddhism and it is known as Plaska tree and also Asvatthah is a possible Sanskrit term for Sacred fig.In Hinduism it is associated with the sources of Saraswati River,,Sakandha Puran stated that Saraswati River originated from the pot of God Brahma and flow from pipla tree on Mountain Himalayan.This peepl tree are found in India,Pakistan, Sri Lanka, Indonesia and china and Burma.In Gujarati known as peepl tree,SANSKRIT Asvattah,in pali Assatha. in Urdu & Punjabi peepal tree. This plant is considered sacred by the follower of Buddhism, Hinduism and Jainism. it is also known as PIPLA tree in India.The Buddha was Born in 623 bc on Vaisak Purnima before 2500 years in India.He attained suprim Enlightment, wisdom in Vaisak purnima in 588 bc,He Nirvana on Vaisak purnima on 483 bc. so that this is most important and sacred festival in Buddhism.
Teaching of the Buddha are solely to liberate human being from the misery and suffering of Life.