Prediction of the Mamai Dev on The Earthquake


The Mamai Dev was a great philosopher and predictor in 14th century. He was Born in India, 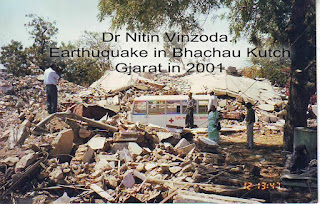 ﻿﻿﻿﻿﻿﻿﻿He predicted in his Holy Scripture on Earthquake, he had  given date and years of
occurrence of Earthquake in the world, astronomical changes will occur in the world,There will be changes in lunar months it will be 19 days instead of 15 days,their will be 8 eight day extra to be added in the lunar month due to massive Earthquake in the earth. and changes in Geographical there are 27 Nakshtra in the Sky, 9 nine more Naxatra to be added instead of 27 twenty seven,and there will be 36 Nakshtra, that means there will new calculation of Days of Month and changes of Astrological stars and moon and sun movements. 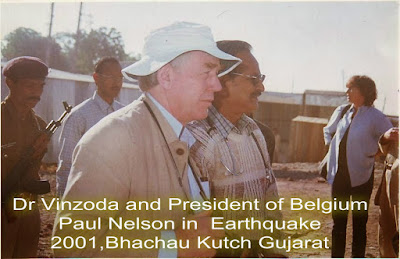 The Mamai Dev said in his Vedas:-Refer to Holy scripture of the Dev Mamai,it is mentioned in Surang Vedas and others Vedas;Karpate jo Vedas:-Dhara dhrujse ne dhaja bare,teni karkarta KARPAT,14 choudo chokadiye ujaro thindho,Mamai Dev bhane Maisariya,teni ghane jive jo ayo ant.The Dev Mamai said in his prediction ,there will be end of many live on the earth due to devastating earthquake and Global warming.. Massive 8.9 magnitude earth quake in Japan  change the rotation of earth on the axis, shifted coastal line at least 8 feet , scientist say, Earthquake altered 4 inches Earth axis and shortened Earth "s day; they say there is deviation of earth on the axis and Environmental changes in the world,The Mamai said in his Vedas that there will be firestorms from sky Galaxy and Earthquake both simultaneously will hits on the earth,

There will be end of many lives on the earth,
A nebular theory of Earth origin:-The whole of matter of the solar system,once form a globular or spheroidal masses of intensely  heated gases,extending beyond the orbit of outer most of planet Earth.and having slow motion of revolution about and axis,its cooled and contracted,its rate of revolution increased and become so great that successive epochs its threw off rings; Which owing to slight irregularities broke up and gravitating together formed planet;