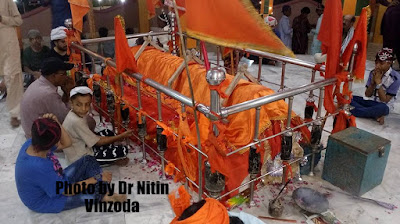 The Mamai Dev was a great Philosopher, He was born in 13th century in India. and He Nirvana in 1384 AD at UNESCO World heritage Site world"s Largest  Necropolis, graveyard in Makli,Thatta Sindh, He formulated ancient Barmati Panth in Maheshpanthi Dharma,He modified Procedure of Barmati on the day of Sacred Karthik Purnima, He was the Scientist in 14th Century and The Mamai Dev discovered the Six Sense Technology now we are are familiar with Internet and Networking and he Connected Physical World with Digital World by using Gadget or device wearing a Ancient  Holy Ring which is known as KARAM VINTI Ring) OR VANGIYO IN MAHESHWARY DHARMA. the Holy Vangiyo  karam Vinti was given by his Father Matai Dev and this Sacred Karam Vinti Ring was given to The Mamai Dev by his Maternal grandfather Sangan Rola,and Shri Mamaidev  Modified Barmati Path  Maisar PAT or Lodho facing from West side and change facing towards East Side.and Shri Mamai Dev with six sense Technology created Holy Flame in the Finger and by this Flame the  Barmati Jyot was produced and Mamaidev completed Barmati Tirth on this day Kartik Poonam.  The Mamai Dev Said in His Vedas:-  Shiva Shakti ne sacha Muka Shyam, tre 3  Purush Najar thi Jyot Boyee, Angar (finger) thi jyot Boyee GUR MAM .( S 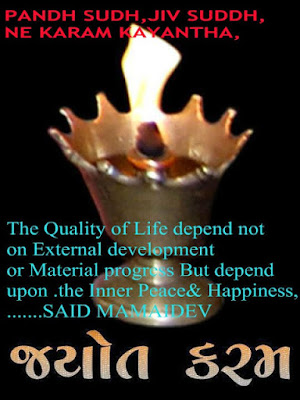 Shri Mamai Dev) , the Lord Shiva Created Holy Flame by his Third Eye, and other Lords also produced Divine By their Eyes and Vision But Only the Mamaidev  created Holy divine  flame in his fingers...
The Mamai Dev preached to the Poor Sinbhariya Maheshwary for Dharma on this day and he formulated Barmati Panth and Attained Enlightenment on this day of Holy  Kartik Purnima, so that Kartik Purnima Known as GUR MAM ( Mamaidev) DAY, He changed the direction of Barmati Panth previously facing towards west, and he change the Place of Maheshwar Dev Pat Gur"s seat ( Lodho)  in this Sacred Barmati  Panth  facing towards east,Karthik Purnima is the sacred day in the Buddhism, Buddhist from different parts of country and Abroad will gather or assemble in Sarnath India,the place where Buddha preached his first Sermon,The Buddha was Born on full moon Purnima in Nepal country, he attained enlightenment on Purnima and Nirvana on Purnima,so that Purnima is sacred day in Buddhism, In Hinduism mythology it is believed that Karthik Purnima is the birthday of Karthikeya son of lord Shiva, and Birthday of lord Matsya  which was first incarnation of Lord Vishnu, and Krishna worshiped Radha,Krishna dance Ras lila on this day, The Lord Shiva killed Trinpuransura a Asura king who conquered 3 world and God, so that Shiva is known as Tripurantaka.